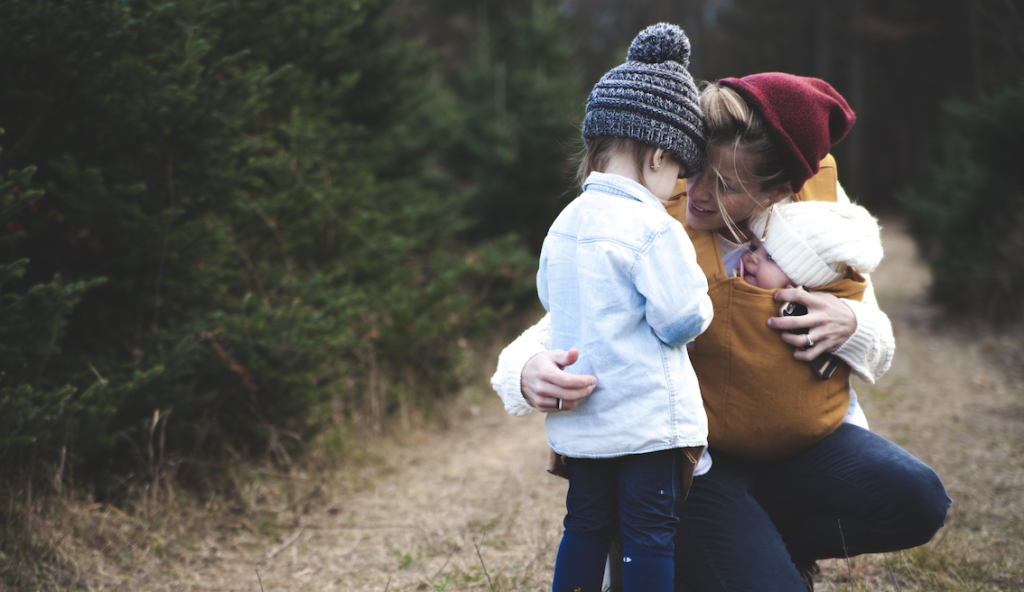 Tuesday 8th March marks International Women’s Day. Significantly, two-thirds of the workforce at St John’s are female, so it is fitting that today, we shine a spotlight on their achievements, raise awareness against bias and take action for equality. This is a focus for us not just today, but all year round; we actively champion a workforce that empowers females, while supporting and respecting them. To mark the occasion, we have collected an array of stories from our female staff that celebrate women’s achievements, while raising awareness of key issues.

In a previous role, I was told that perhaps I would be better at my job and exude more confidence if I wore heels… On a second occasion, I was on an assignment with a male colleague, who told me that he didn’t think sexism was real because he had never seen it. We worked for a company that had an almost entirely male Board.

I feel really lucky to work for a Charity with so many strong female leaders – and also a CEO who champions his colleagues. As a woman, I have always felt supported and respected at St John’s; this is something I never take for granted.

So often in my career, I’ve seen women play down their own abilities. As the manager of two brilliant women, I like to remind them how incredible they both are at every opportunity. I want them to have the confidence to go after what they want because, ultimately, I don’t believe confidence at work comes from wearing high heels, I think it comes from being really great at your job.*

*AKA knowing your shit.

When I think about inspirational women, it isn’t celebrities or well-known females that come to mind, but the females that have empowered me in my life, including my mother and my friends who all overcome traumas or challenging obstacles.

I have also been inspired by colleagues, past and present, within the health and social care sector. One of my favourite quotes is “success isn’t about how much money you make but the difference you make in people’s lives.” This was the sole reason I decided to leave a career in retail management and get back into a profession that has the greatest impacts on others.

It is here at St John’s where I came across a different type of female leadership. These women are strong and intelligent, but most importantly they empower me, they encourage and inspire me to be the best I can, on both a personal and professional level. It’s true what they say about women that support other women, always being more successful.

When I was made redundant from a previous role, my confidence was at rock bottom. I was hired to do freelance work for a female contact of mine, who taught me how to believe in myself again and find the confidence that I had lost in my own ability. When I couldn’t see potential in myself, another female saw it for me. This is something I will remember forever and try and instil in others. We don’t all have the same confidence, skills or knowledge, but we all have something to add to a room and we need to encourage each other into seeing this. We have a responsibility to do so. It is only through the encouragement, support and opportunities given to me by the female leads in my life, that I have succeeded in my career. On a daily basis, I feel so lucky to be surrounded by strong females and I take such joy in empowering each other to thrive in our own right.

I was promoted when my eldest daughter was just three days old. I have vivid memories of breast feeding her when she was just a few weeks old, in between meetings to recruit my replacement. I returned to work full time when she was five months old.

I was the only full-time, working mother of a baby at my company and amongst my peers. I felt judged for being a fraud, neither a dedicated worker (yawning in meetings and rushing off to collect a sick baby) nor a dedicated mother (how could I do that to my baby and why don’t I have photos at work of my baby?! Actually, because it broke my heart to see them). But this judgment was rubbish. Most of it was in my head and the real prejudice not worthy of my tears. Thankfully, times have moved on over the past 15 years, but I could have done with a few more champions to look up to and a bit more faith in myself.

So I say – pursue whatever you want to, do it how you want to do it, but encourage others every step along the way in their own pursuits, even if it is not what you would do.

“I can’t think of any better representation of beauty than someone who is unafraid to be herself”. My daughter Faith is beautiful, unique, her own person; she doesn’t follow trends, she follows her instincts. I encourage this as her mother, and she tells me I give her the strength to never give up. We share hugs often; perhaps that’s our superpower.

One of the greatest privileges of being a member of the clergy is the trust and readiness of people to open up about their hopes, dreams and anxieties. I have loved encouraging young women to go forward with their careers, building up self-belief and self-esteem in structures, that too often, foster doubt and unconscious bias. In some environments – including in the home – with brothers around, girls can feel that the main focus on development and attainment is aimed at the boys and they naturally shrink a little. I have tried, wherever possible, to encourage young women to recognise their gifts and to help them envision where they can use them. At least two young women I know have gone forward into ministry and are thriving. I love that.

My daughter is 14 years old and has a diagnosis of ASD and OCD. At the beginning of the first lockdown in March 2020, my daughter started to diet. I was too worried at the start as she goes through stages of obsession because of her diagnosis. Each week her weight continued to plummet, and then the exercises started. 100s of sit-ups and crunches each day. It was as if with all the chaos going on around her with the pandemic, this was something she had control of.

We had been seen previously by BANES CAMHS so I contacted them with my concerns around my daughters eating. She was diagnosed with Anorexia Nervosa. Each week she would be seen by an eating disorder specialist and each week she got thinner, ate less and exercised more. The eating disorder was winning. Her anxiety levels were at an all-time high and she was very depressed. She started medication to help with this, but it didn’t work fast enough.

In November 2020 my daughter was admitted to Marlborough house, a specialist eating disorder unit. Because of the pandemic and an increase in young people with eating disorders we had to wait a long time for a bed to become available. By this stage she was very unwell.

She spent nearly 3 months as an inpatient. It was a really difficult time for all of us. She had never been away from home and the realisation of what happening hit hard. As her mother, I felt such failure, as well as isolation due to the pandemic. My lifeline was my family and colleagues at St John’s on the other end of the phone when I needed them. Eventually from hard work and determination, my amazing daughter found the strength to get better. In February she was discharged from the eating disorder unit and was back to a healthy weight. She still struggles with OCD on a daily basis, and this, combined with Autism, and being a teenage girl, will continue to present problems, but her amazing strength and beautiful personality shines on.

Inequality won’t be eradicated tomorrow. It has taken us years to reach the point where organisations even recognise the gender pay gap or the lack of women in senior positions. It will take our children to eradicate the gender inequality issue completely. We have already made great progress and initiated change, but for equality to become the norm requires time. This rings true for not just gender inequality but for the disparity that people face due to the colour of their skin or their disabilities. Individuals should not be defined by these things, neither should their capability to deliver a role. We need the next generation to reject inequality and instead base a person’s merits on what they bring to the table.

I’ve been a feminist for as long as I knew what the word meant! And all it means is equality; it’s that simple.  Women deserve equal rights with men.  I have always been a “girls’ girl” with female friends spanning 40+ years and I couldn’t have managed my life without them. But I think it’s also important to recognise that you don’t have to be a woman to be a feminist.  I feel privileged, at St John’s, to work for an organisation where the men and women alike are all incredibly supportive colleagues; it doesn’t go unnoticed how gracious everyone is when I have yet another hot flush caused by my breast cancer treatment – the little things mean so much. I did worry that I may have felt less of a woman when I lost my long hair and my breast but, conversely, I feel more of one. Happy Women’s Day all xx 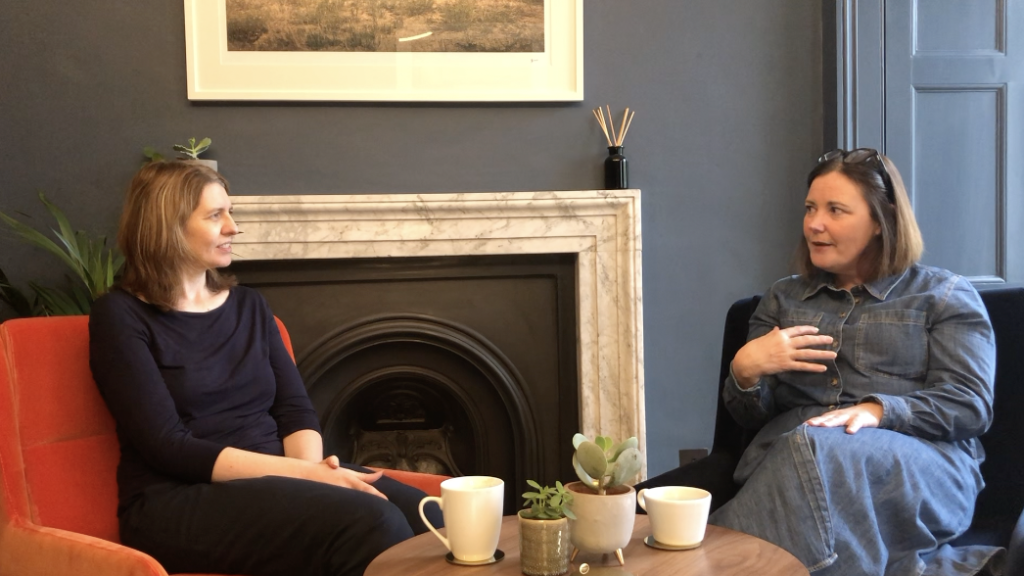 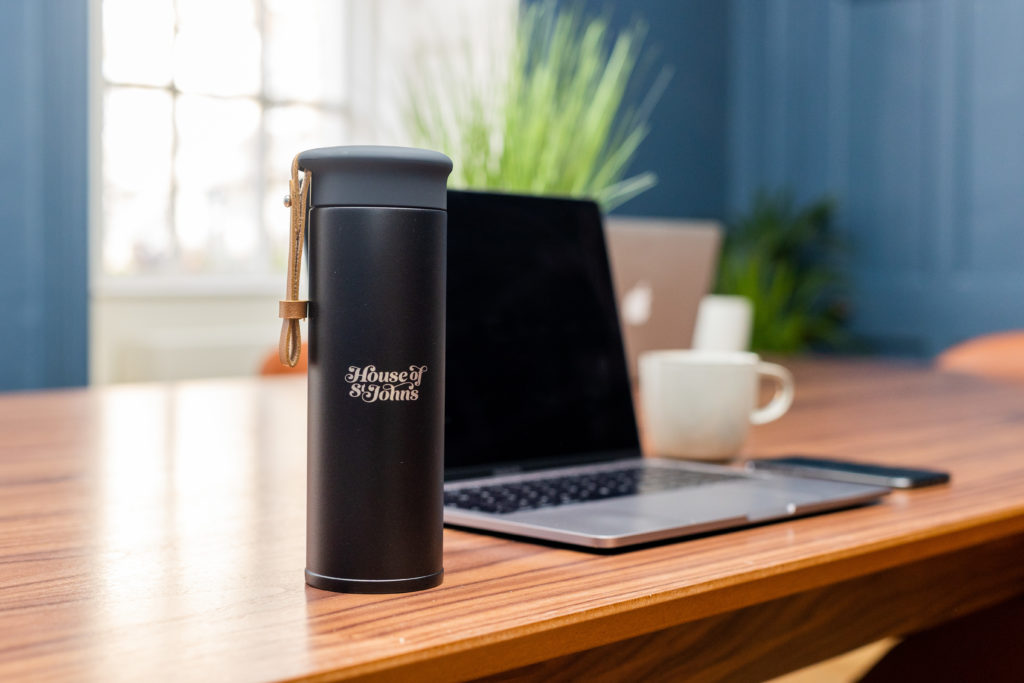 The wait is over: Introducing the…