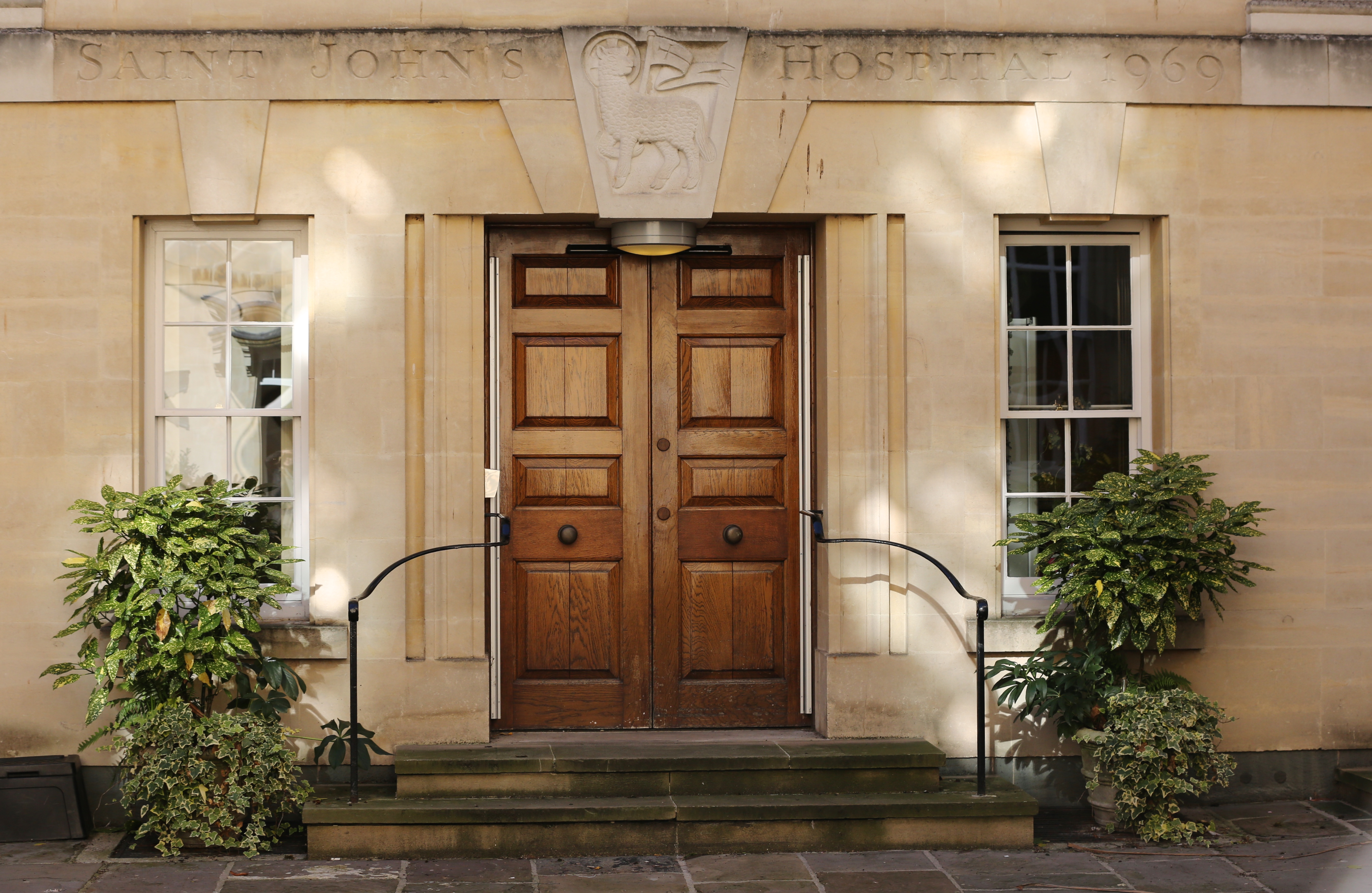 St John’s Foundation Est. 1174 (the Charity) is controlled by a trustee company, St John’s Hospital Trustee Limited (registration 08188066). The trustee company has a board of unpaid directors, whose day-to-day role is similar to that of a trustee. 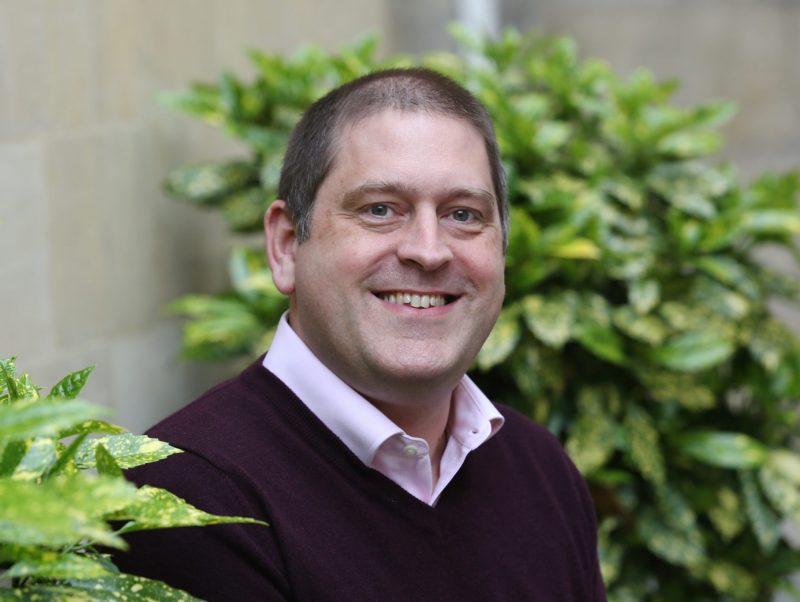 Prior to joining Clarks Shoes, Ben was at Walgreens Boots Alliance for six years, most recently as managing director of Boots Opticians. Under his leadership, which included the introduction of a new customer proposition, Boots Opticians consistently grew market share, revenue, profit and EBITDA year-on-year. Ben also held the roles of finance director for Boots UK & Ireland and commercial finance director for Boots UK.

Between 1999 and 2011, Ben held a series of senior finance positions at Procter & Gamble worldwide, including global finance director for the company’s $2bn-turnover Salon Professional business based in Geneva. In this role, he was a senior member of the team leading the successful integration and reorganisation following P&G’s acquisitions of Wella and Clairol.

Ben, who is currently a non-executive board member at the British Retail Consortium, also leads Shop Direct’s 150-strong finance team. 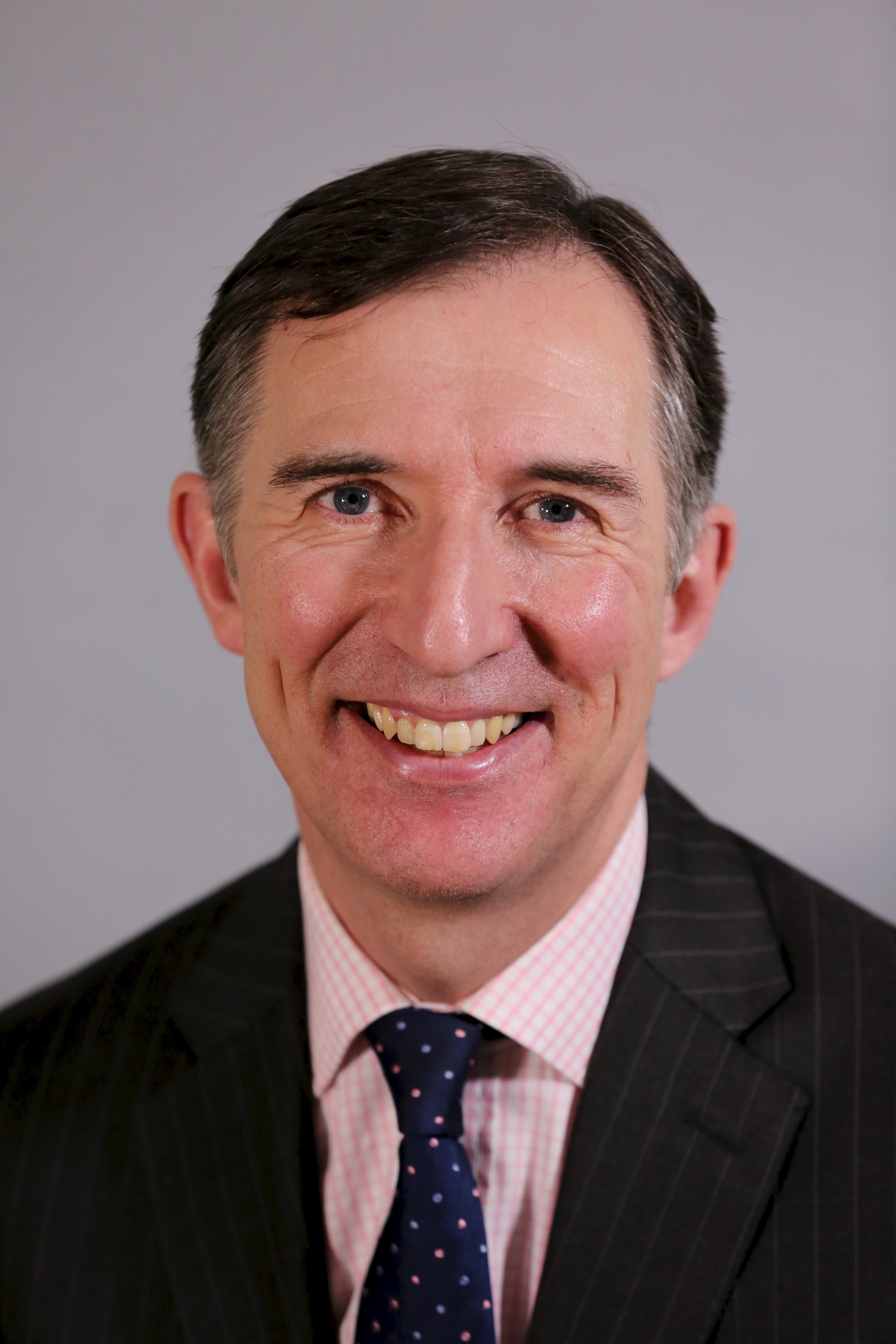 He is a private investor with a professional background of over 30 years in finance and investment.  He has led investment research teams whilst working in the UK, USA and Singapore.

Richard has lived in Bath since 2013 and supports and participates in several local community organisations. 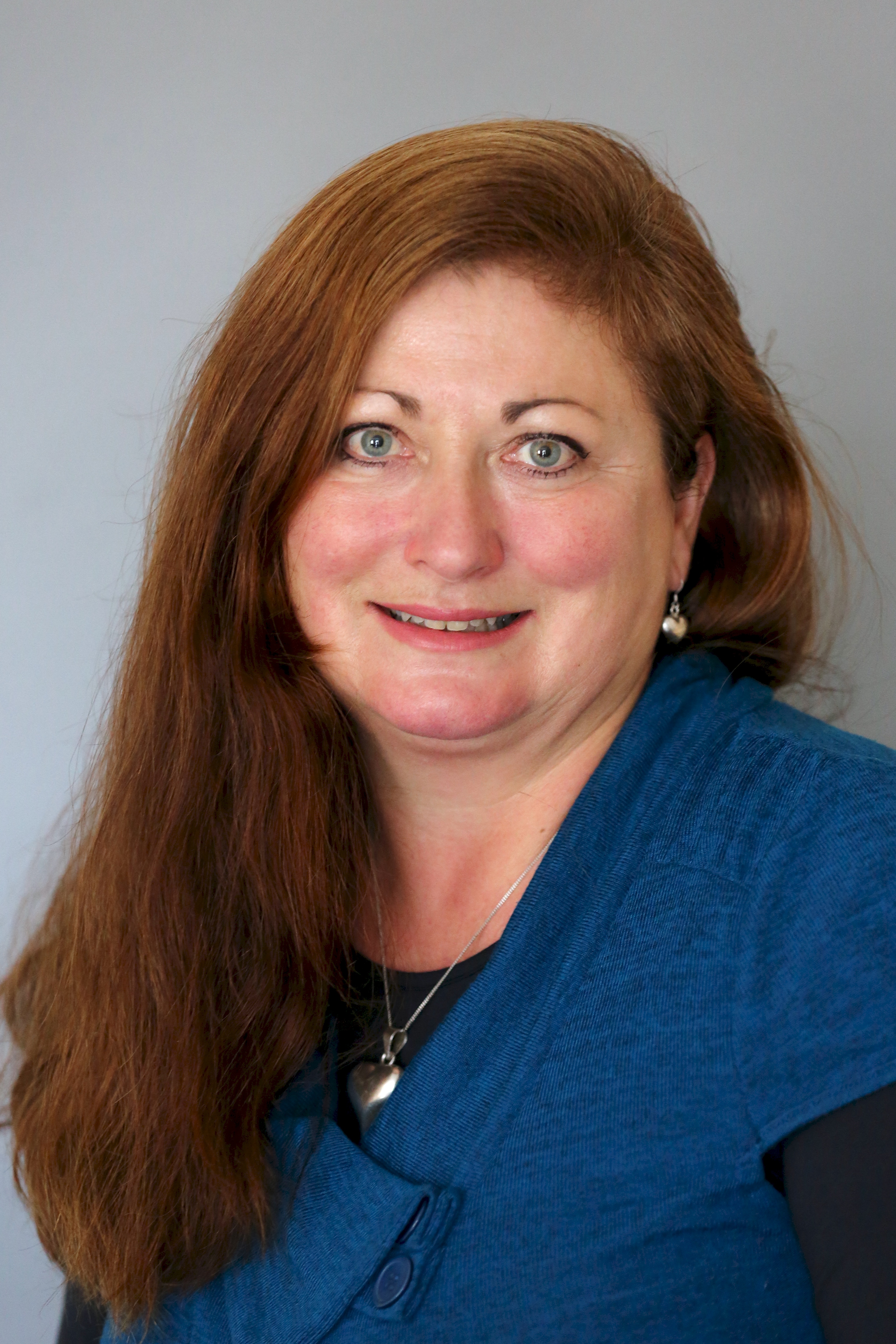 She is a Fellow of the Institute of Chartered Accountants.  Following an executive career in finance at AstraZeneca and Royal Mail, her more recent roles have included Trustee of the Royal Mail Senior Executive Pension Fund and 10 years as Non-Executive Director at the Royal United Hospital Bath. 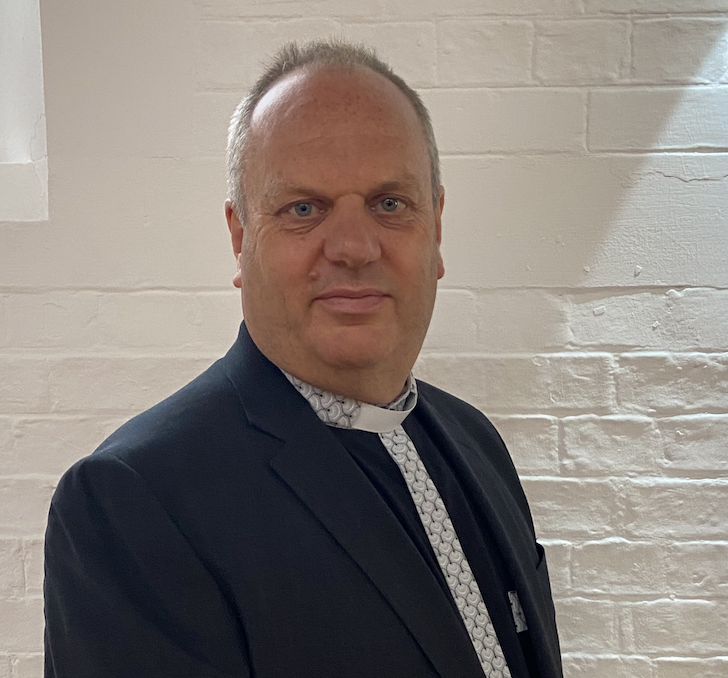 Roger is the Church of England Rector of St Michael’s Without in the centre of Bath. A church and parish that has a history dating back to 1180. Having been ordained for over 30 years he has served and worked in outer estate and inner city Liverpool, heavily involved as a community activist in those places. He has lived and worked in Bath since 2016. During that time of ministry Roger has served as a School and College Governor and Chair of Governors of several schools. He has also been a Non-Executive Director of 3 NHS Primary Health Care organisations, in which he had a specific focus on public and patient engagement. He has held positions as a Trustee on a number of Charities, and most recently was a foundation Trustee of 3rd Sector Group which is an umbrella organisation for the Voluntary, Community and Faith Sector in Bath & North East Somerset.  As an active hobby Roger is a qualified ECB Cricket Umpire standing in the West of England Premier League and on the MCC Panel. He is getting to know Somerset, Gloucestershire and Wiltshire very well by traveling to many cricket grounds, and a particular highlight was traveling to Rome to stand in a game between a Church of England XI versus The Vatican 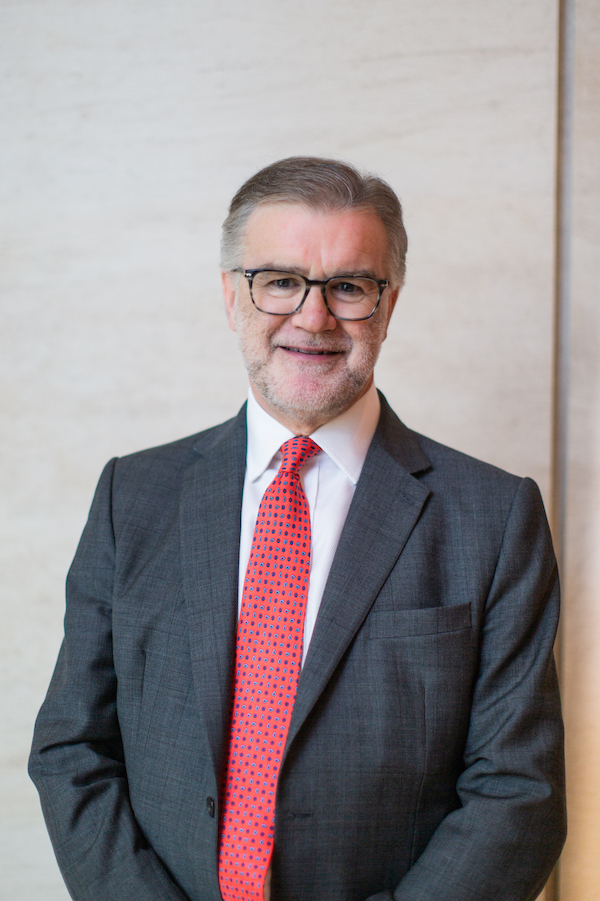 Jeff spent over 40 years in the City of London in the Fund Management industry, formally retiring in 2010. In the 10 years prior to his retirement he was the Managing Director responsible for the Charity client base of Cazenove Capital Management. In this role he was responsible for over 400 Charity clients with total assets of £2.6bn. He also worked for County Nat West, Phillips & Drew, and UBS.

Following his formal retirement in 2010 Jeff decided to use his financial and business experience to take up several appointments in the voluntary sector. In addition to his Trustee role at St John’s, he is Chairman of the Trust for London, and Trustee of the West Ham United Foundation. He is an Advisor to the Board of Trustees at Carer’s UK and sits on the Investment and Finance Committees of The Scouts Association and the Standard Life Foundation.

Jeff joined the Board of St John’s in March 2021, having served as an Advisor on the Investment Committee for eight years. 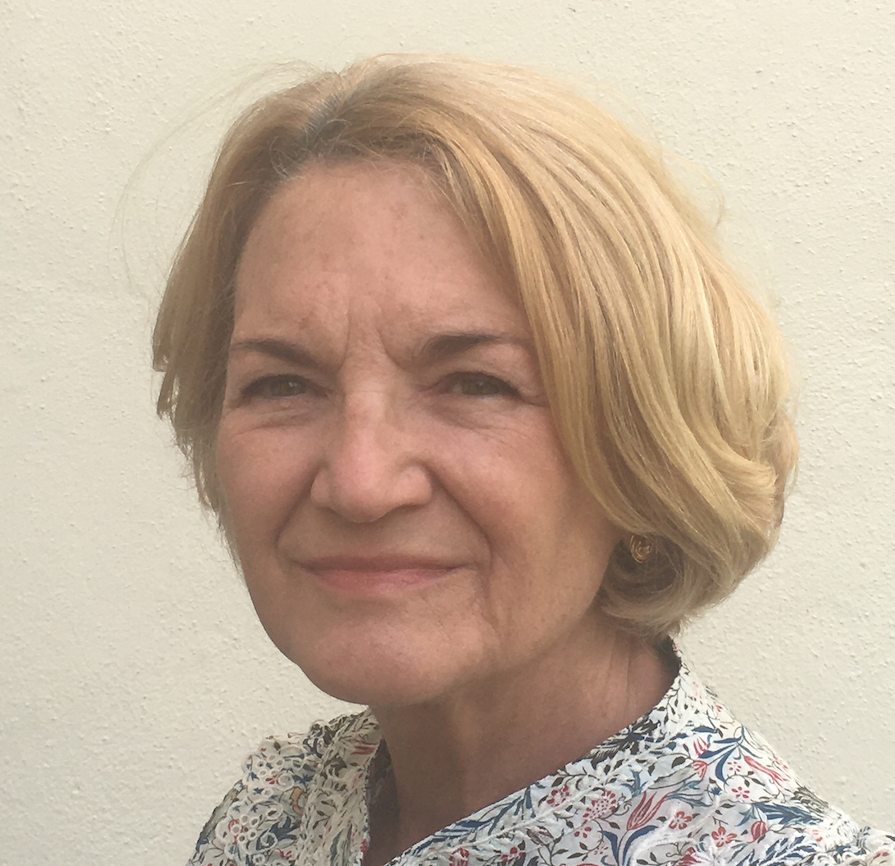 Carole is a qualified teacher with over 30 years’ experience in education, particularly in the Further Education and Skills sector where she has held several Executive and Non-Executive roles. Her key interests and aims have included working to support development and reform in the UK that will improve access, success and progression, especially for those facing disadvantage. She has also played a leading role in promoting and supporting good governance, working with the Association of Colleges (AoC) to produce the first Code of Good Governance for English Colleges. 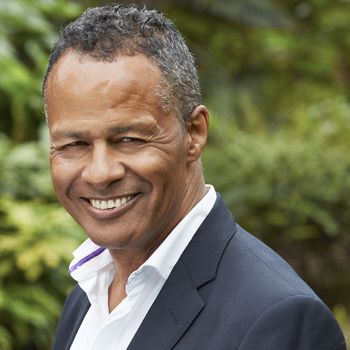 Ken started his career in commercial banking with HSBC where he championed customer service and helped change the attitude within the retail bank.  Subsequent roles included Chief Executive of Hamptons International, Senior Vice President at Citi-Financial, Managing Director of MG Capital which he floated on AIM (Alternative Investment Market) and CEO of AIM listed ILX Group.  In 2009, he was recognised for his work with ILX Group at the Ernst & Young’s Entrepreneur of the Year Awards where he was a regional winner.

In 2012, Ken was appointed Non-Executive Chairman of the Notting Hill charity, Westway Trust.

Ken is active in the startup space, where he co-founded Moncrief London, a luxury fashion brand. He describes himself as “A commercial banker by profession; an entrepreneur by choice”. 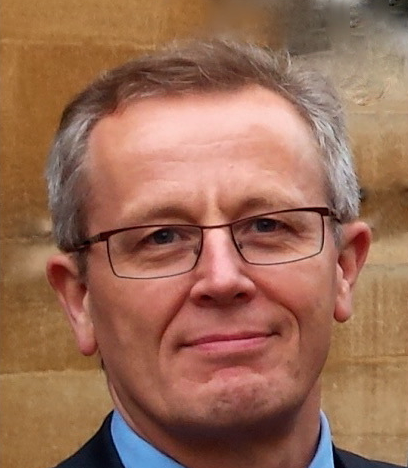 John joined the Board in 2021.  He was born and educated in Bath before pursuing a career in education management, first with the Inner London Education Authority and then as a partner with PricewaterhouseCoopers where he led one of the UK’s leading education and children’s services consulting groups.  He retired from PricewaterhouseCoopers in 2011 to pursue a portfolio career of independent consulting and non executive roles.  He was for six years a Board member of the Children and Family Court Advisory Support Service (Cafcass) and is currently a member of the School Teachers Review Body which advises the government on teachers’ pay and conditions, and the Education and Skills Funding Agency which allocates government funding to schools and colleges.  Outside of work he is a keen cyclist and Chair of Velo Club Walcot in Bath. 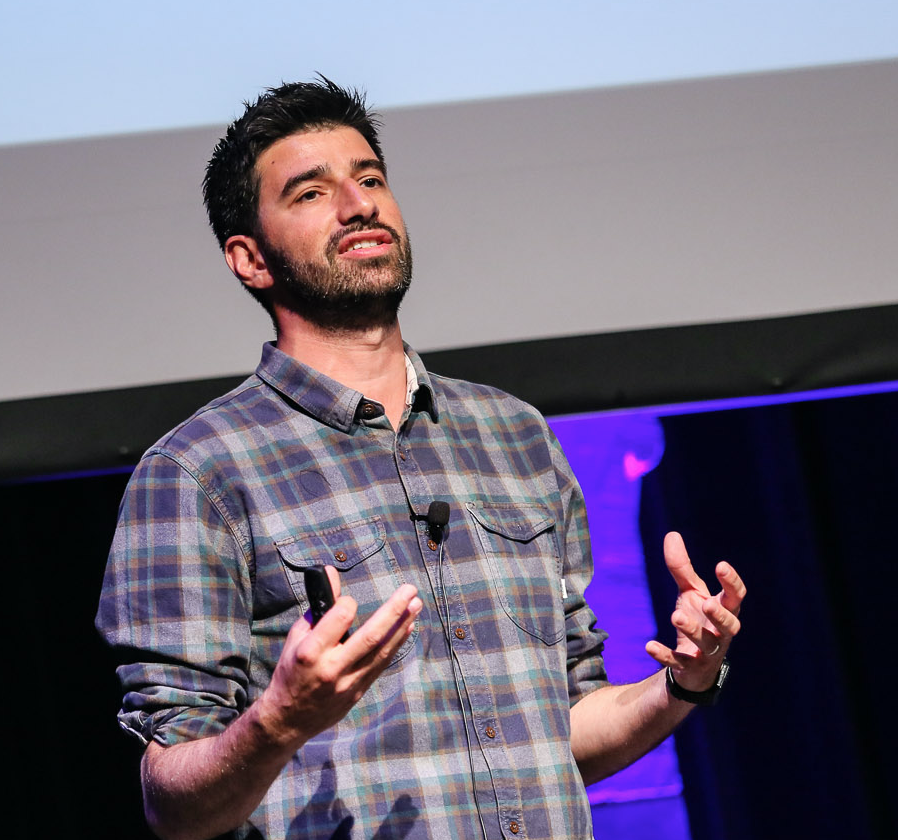 Jamal is the former marketing leader at Red Bull and Monster Energy. He now spends his time as a global marketing advisor to AB InBev, Non-Exec Director at Huel, and has invented social-first products such as Buzzfeed Tasty’s seasonings range.

Having moved with his family to Bath a couple of years ago Jamal is very proud to support the team at St John’s in their mission of ‘Changing lives. For good.” 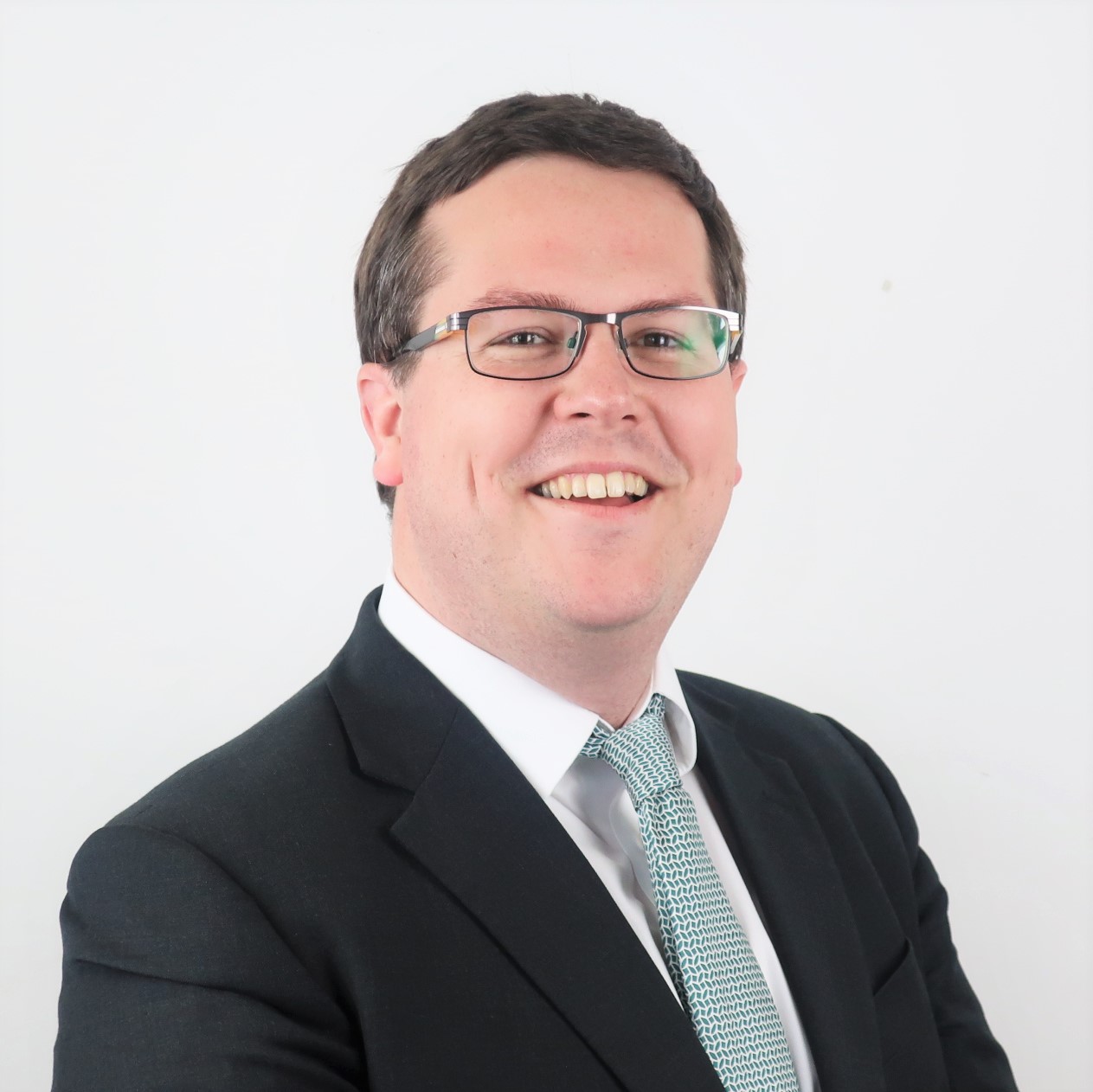 He is an actuary and Investment Director of a leading wealth management firm with a professional background in investment and finance, and also serves as a non-executive director for a discretionary fund management business.

In addition to his investment experience, Nick has a strong personal interest in children’s financial education and is also a long-term active volunteer in the Scouting movement in Gloucestershire, working with young people to develop their confidence and skills for life through a programme of adventurous activity, both as a Scout section leader and more recently as a Trustee for the Scout Group he grew up in. 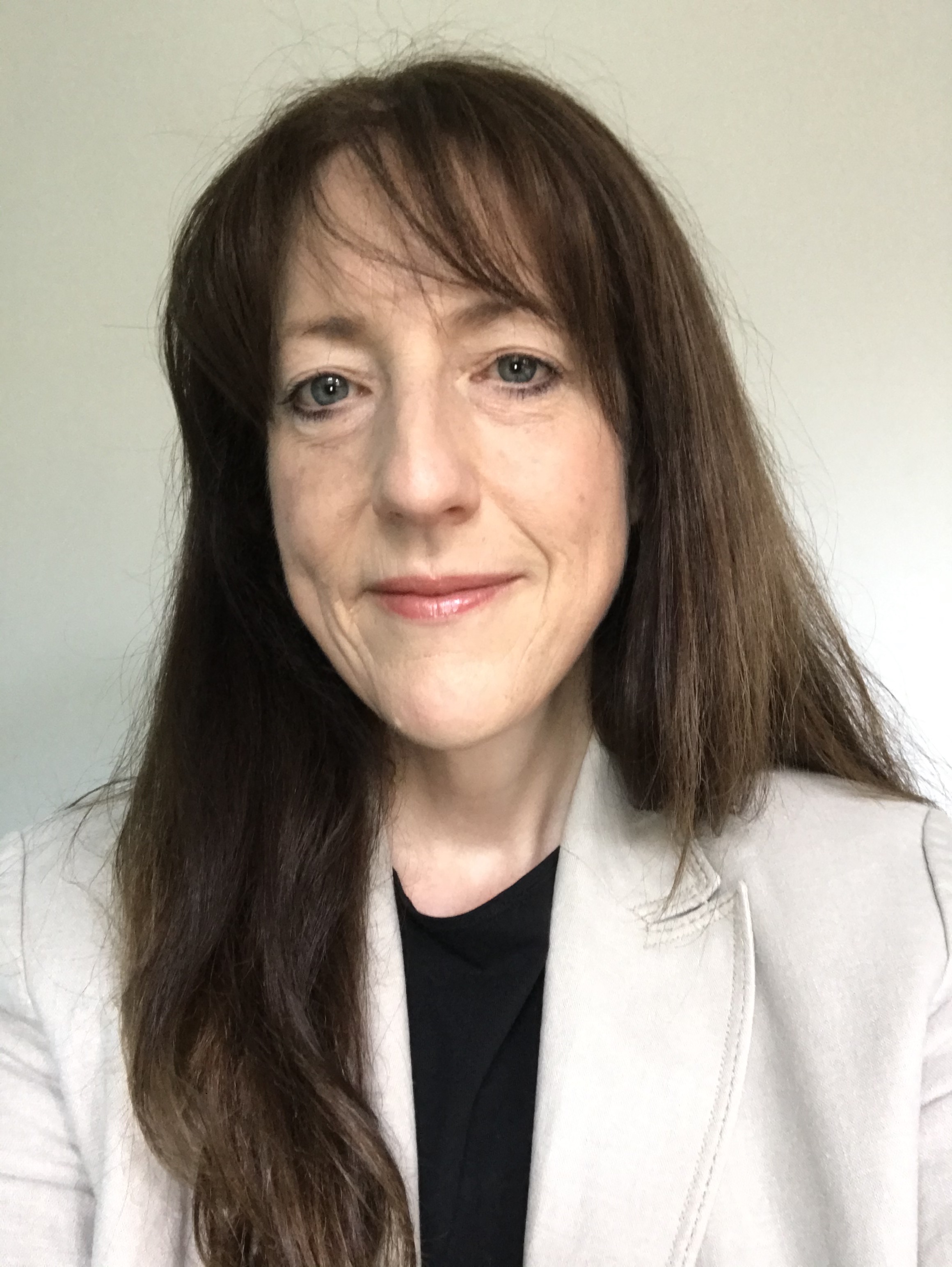 She is a pharmacist and Senior Director of the Research & Development group at GW Pharmaceuticals.  Karen has held senior leadership roles with a number of pharmaceutical companies across the research and development, operational, financial, business development and commercial sectors.

In addition to the strategic skills gained from within a healthcare environment, Karen has a particular interest in the primary care networks serving the community.

He has a background in Education and Social Care management and worked for a number of local authorities across the south of England.  Having worked predominantly in the field of Children’s Services he led one of the first projects to bring Education and Children’s Social Care together before the law changed to mandate this.

Ashley worked as Director of People services for B&NES Council and then served as Chief Executive until his retirement in the Autumn of 2019.

In the Spotlight: Brighter Futures 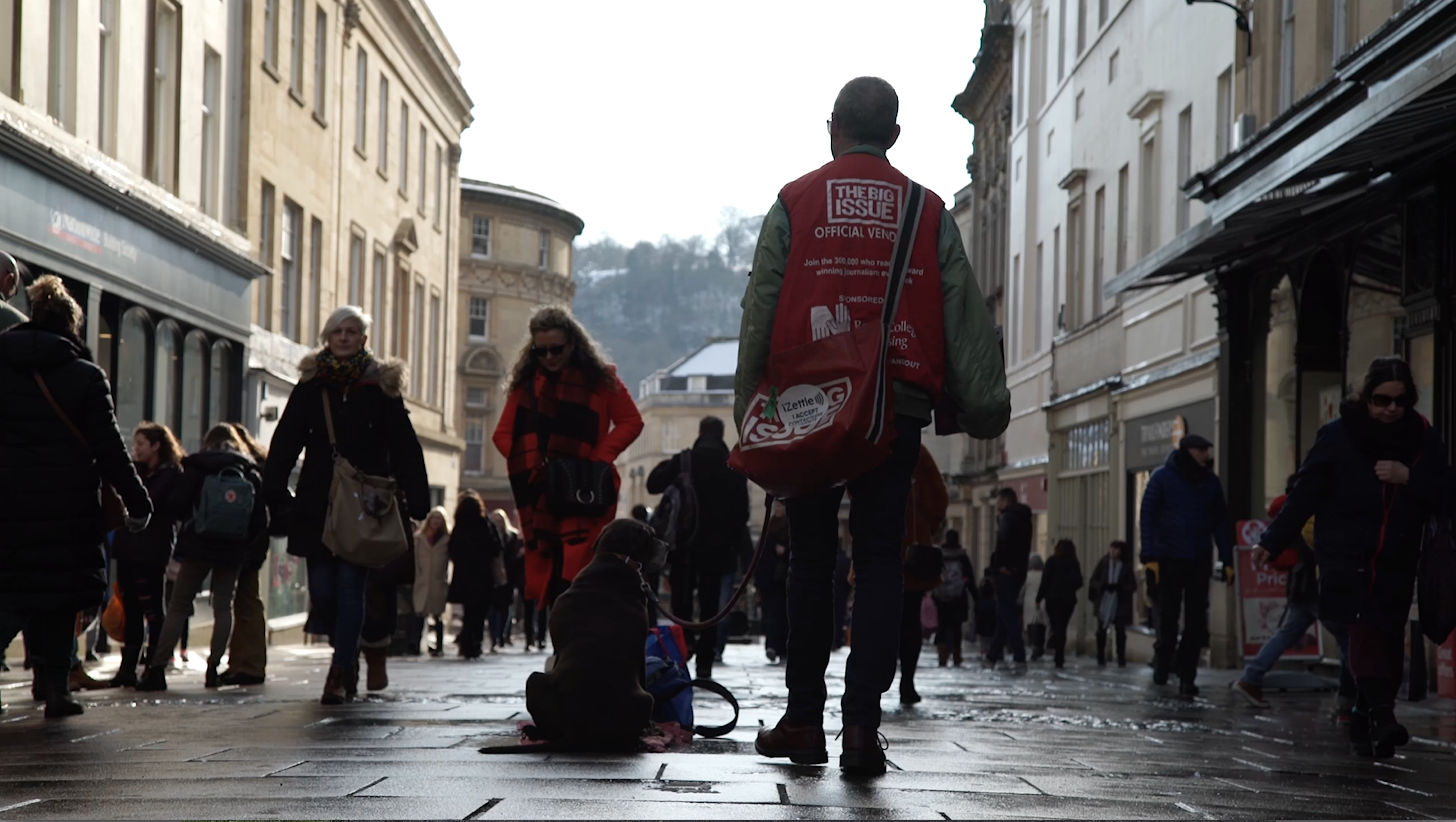 Premiere of 'A Roof Over My Head' 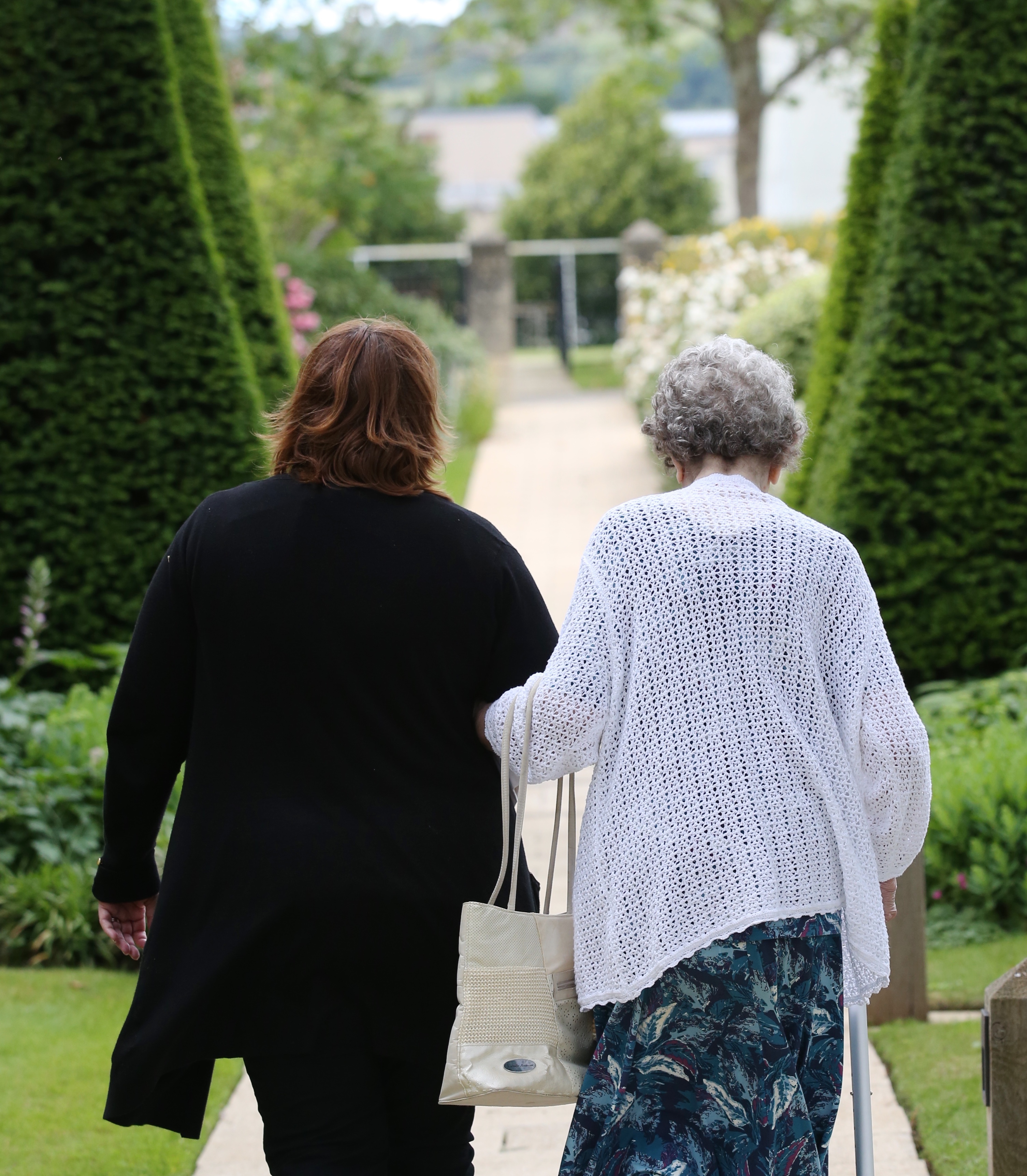